Roberto Fonseca was our special guest 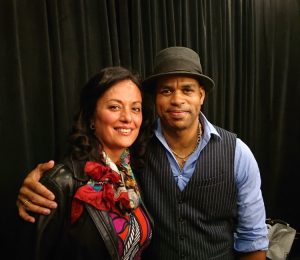 Roberto Fonseca was a special guest at Hotel Downtown in May for his concert in Sofia organized by Jazz Plus Concerts.

Considered one of the most significant contemporary jazz pianists, Roberto has worked with some of Cuba’s greatest artists such as Ibrahim Ferrer, Orlando Cachaíto López, Omara Portuondo and the rest of the musicians from Buena Vista Social Club, as well as Herbie Hancock, Nils Petter Molvaer, Carlinhos Brown, Mayra Andrade and many others. Music is a vocation and a source of happiness for him, which he generously gives away at every concert.

Grown up in Havana in a family of musicians, Fonseca’s music combines jazz, classics, African-Cuban influences and traditional Cuban music. His last project ABUC (Cuba read backwards) is nominated for Grammy. This is his return to the roots of Cuban music, paving the way for its contemporary sound.