are already in Sofia 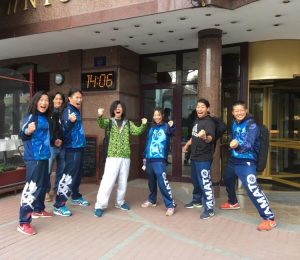 Jpanese drummers Yamato – 倭 -Yamato The drummers of Japan are already accommodated at Hotel Downtown and had their first workout in the park and at the hotel Downtown’s fitness.

Yamato – the drummers of Japan is formed in 1993, with their debut at the Toichi festival in Kashihara, Nara with the original composition of the band’s former Masa Ogawa “Hyu-ga (Sunrise)”. Since than 25 years had passed. Till now Japanese drummers Yamato played in 54 countries around the World with more than 3500 shows and entertaining more than 6 million spectators. Their shows were always warm welcomed by public and critics. During the years their fame grew and the British media called their sound “Body Music”. Drummers live at the Asuka village, known as the birth place of the Japanese culture. But meanwhile – between 6 and 10 months every year – they have their explosive shows all around the World. Yamato are proud that they are the band with most shows abroad from all Japanese artists.

Their spectacle in Sofia is on Sunday, 18.11 NDK – Hall One. Tickets at http://bit.ly/yamato-sf &EVENTIM